Well. It’s been a funny wonderful old year for our show ‘Sir Henry at Rawlinson End’. One that has seen us once again working with greats like Neil Innes, Rick Wakeman and Danny Thompson, and also performing across the land at some of the loveliest venues with some of the nicest people in the biz – and next year is also shaping up to be rather special too. We kick off 2015 in fine style by performing at the Bristol Slapstick Festival on January 25th at the Bristol Old Vic. Yes. The Bristol Old Vic! In actual fact, we shall be the closing act of the 2015 Bristol Slapstick Festival and, on this incredible evening of Stanshallian celebration we shall be joined by none other than Stephen Fry!! Yep! That’s right! Stephen Fry! ‘Shut the front door!’ as the youth of today might say! 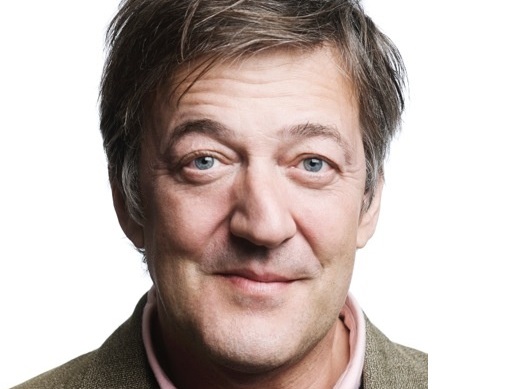 With that in mind, and seeing as the show has recently gained quite a lot of new fans, it’s probably a good time to answer that age old question David Byrne once almost sang – ‘Well…How did we get here?’ It all began in 2006 when my good friend and percussionist Jonny Hase played me a CD that would prove to shape much of my life in the coming few years. The CD was ‘Sir Henry at Rawlinson End’ by the late, great  Vivian Stanshall, ex-Bonzos lead singer, and owner of one of the finest creative minds that this country has ever produced. For the next hour I was captivated by its majesty, brilliance and humour and knew that I was hearing something very special.

However it wasn’t until 3 years later, during yet another one of my periodic attempts to get fit, that I was really ‘hooked’ by Sir Henry. As I was cycling along the Liverpool waterfront I became aware that I was listening to one LP much more than any other. Sir Henry at Rawlinson End. Such was my admiration for the piece that I developed a very strong desire to see it performed live. To me it seemed like it would make the ultimate edition of Jackanory, (one of my faves being a bookworm kid), but I could not find anything on the internet to suggest that anybody was doing it anywhere in the world. If that wasn’t troubling enough, most of the people that I mentioned Vivian Stanshall to had no idea who he was, and my comments were often met with a reply of ‘Vivian Who?’ One of the greatest artists of the 20th Century? And he was being forgotten? This would not do! At about that time, as I lay in bed one night, after a very lively and enthusiastic session on some lovely Belgian white beer, a sudden realisation hit me like a bucket of iced cold water in the face. If nobody was performing this piece, and I was the one so desperate to see it done, then I would have to be the one to do it. After all, I reasoned, ‘I’m an actor and a singer. So why not?’ It appeared that my desire to consign the phrase ‘Vivian Who?’ to the memory hole was beginning to take hold. It was a travesty that people were forgetting Vivian, so now was my chance to do something about it.

To cut an incredibly long story incredibly short, a few months later the foundations were laid and I had found a director, Paul Carmichael, and a musical director, Bill Leach, who put together an incredibly talented team of musicians to make my dream become a reality. Rehearsals began and we were off. I scraped together all my cash to book the Unity Theatre in Liverpool for June 22nd 2010, and then there really was NO turning back. As I sat with the receipt in my hand I thought ‘what the hell have I done?’ The run up to that show, memorising every word of that incredible piece, the nerves at making a balls of it, getting the music right, it was all terrifying, but we did it! The first performances sold out and the reviews were so good that the very next morning the theatre manager rang me to offer us 3 more nights to perform the piece there later in the year. Validation, and no hiring this time, in fact the only time I have had to hire a theatre since was in London, the 40 seat Lion and Unicorn in Kentish Town, on October 14th 2011. This was the easiest decision I have ever made. By 2011 we had done Sir Henry all over the place, but never in London. Vivian was a London boy and many people were travelling from London to see the piece. The demand was there, so that is where it needed to be. Again it was an incredibly terrifying time leading up to that show. Via Twitter I knew that the great Neil Innes, (Vivian’s oppo in the Bonzos), was going to be there, and also another great hero of mine Ade Edmondson. No pressure then. During the show I had a massive panic attack due to my fear, which, like the director Paul, you can enjoy for yourself here

However, panic attack aside, the show went very well thankfully, and our illustrious guests, plus the audience in general, loved it. Thanks to their approval, and a glowing review by Andrew Male in MOJO magazine, that night proved to be the turning point for the show. Since then more amazing shows have followed, each getting bigger and better than the last, and it is truly rewarding to watch your own dreams and intentions flourish. For the last 2 years Vivian’s son Rupert and I have also put on an evening of celebration of Vivian’s life at the Bloomsbury Theatre in London. These shows have featured many of Vivian’s friends and admirers getting up onstage with us, with the centrepiece always being our show ‘Sir Henry at Rawlinson End’. As Neil Innes himself said of our show, it is ‘..a tour de force and a work of art, that is the jewel in the crown of the evening’ – and it is that self-same evening that we are bringing to The Old Vic Theatre in Bristol on January 25th at the kind invitation of the Slapstick Festival. It is wonderful that we shall be a part of this event next year, especially as the intention of the organiser, (Chris Daniels), like our own, is to keep the legacy of the great Vivian Stanshall and his work alive.

I hope you enjoyed that very condensed history of the show, as you can see it’s been a long road to the Old Vic next January, but all worth it as we look forward to sharing the same stage as Stephen Fry and also Neil Innes, Rod Slater and Susie Honeyman too! Wow! To think that an idea that formed in my head actually became a show is mad enough. The fact that it has elicited such great reviews is mind blowing. But for it to feature one of the greatest cultural icons of our times for one very special night only at the Bristol Old Vic is, well, quite staggering really, and can only help remind people of the genius of the piece’s author. So there you go, a very condensed version of the history of this show. I do hope that you can all join us at 8pm on January 25th at the Bristol Old Vic. For it will surely be a splendid evening’s entertainment for everyone! Now, think on’t dot, dot, dot, dot, dot